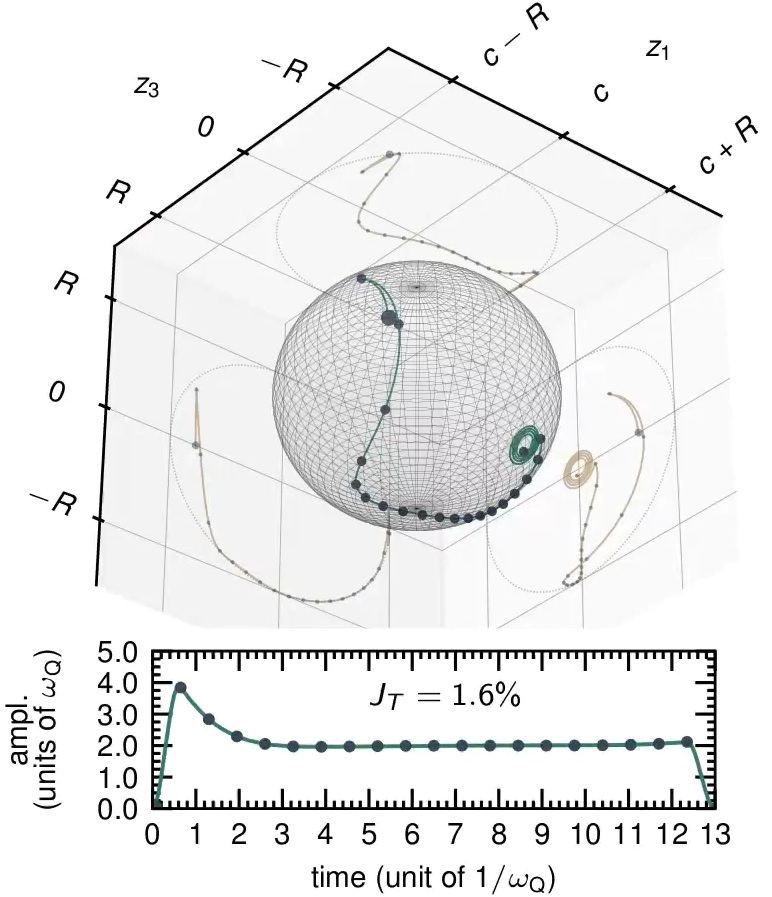 Daniel Basilewitsch was our guest for the December 2020 QuSCo on-air session with his talk “Fundamental Bounds on Qubit Reset”.

Qubit reset is a basic prerequisite for operating quantum devices, requiring the export of entropy. The fastest and most accurate way to reset a qubit is obtained by coupling the qubit to an ancilla on demand. In my talk I will derive fundamental bounds on qubit reset in terms of maximum fidelity and minimum time, assuming control over the qubit and no control over the ancilla. By using the Cartan decomposition of the Lie algebra of qubit plus two-level ancilla I will show that it is possible to identify those types of interaction and controls for which the qubit can be purified at all. For those configurations, a time-optimal protocol consists of purity exchange between qubit and ancilla brought into resonance, where the maximum fidelity is identical for all cases but the minimum time strongly depends on the type of interaction and control. Furthermore, I will show that the maximally achievable fidelity increases and the minimal reset time decreases once we switch from uncorrelated to correlated initial states of qubit and ancilla.

You can find future and previous instalments on our youtube channel.