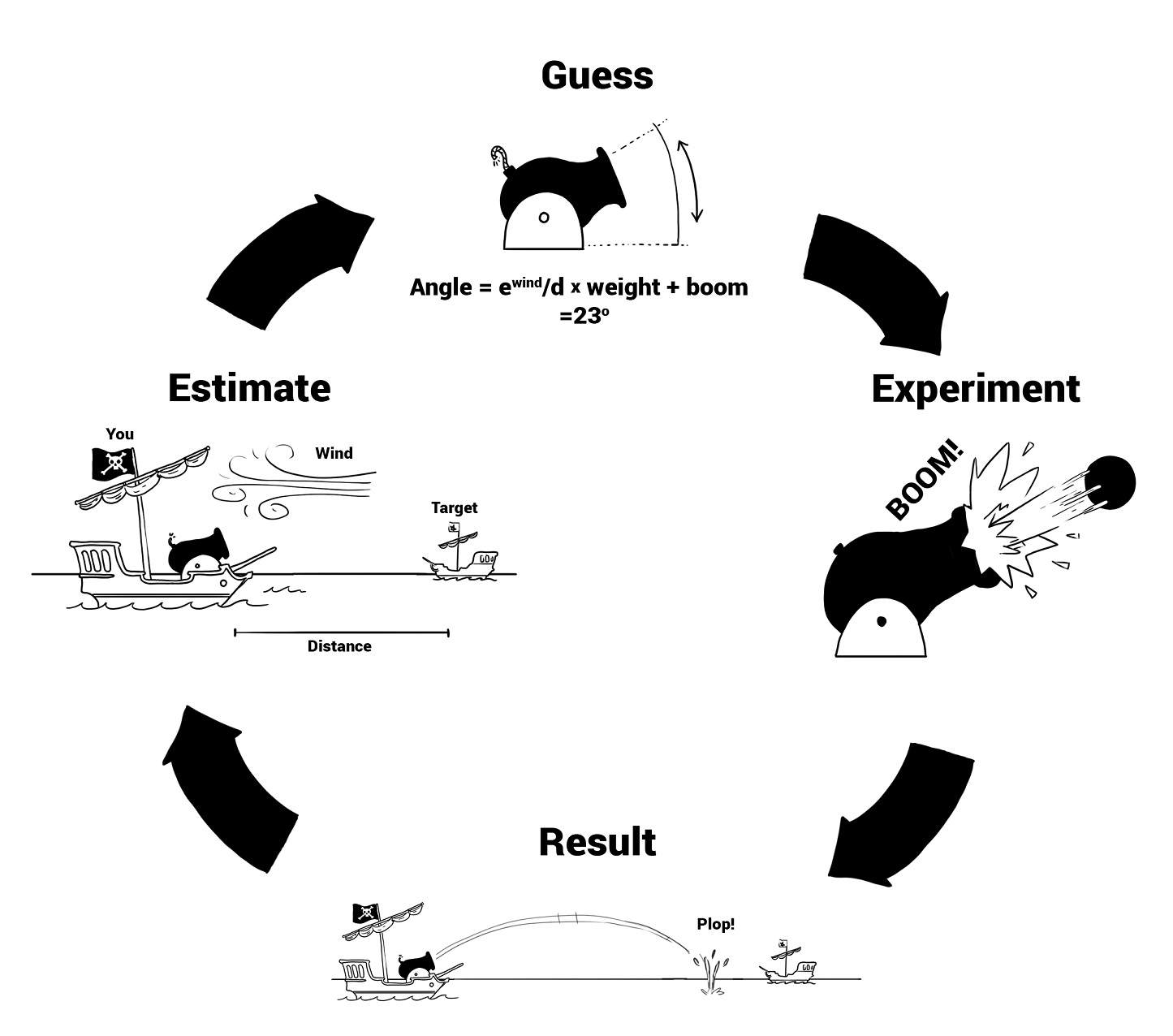 02 Mar With the power of optimal control

What do a GOAT, a CRAB, and a GRAPE have in common? This is not your usual pun.

These are all acronyms for powerful optimal control algorithms that we quantum scientists like to use to make our quantum experiments do what we want them to do.

Quantum experiments!? What are they?

Well, we are in the so-called second quantum revolution: some smart people all over the world are using the physics of the very small – quantum physics – to do very accurate measurements of time, heat and many other things. The hope is that we will also be able to use these very small things (for example, single atoms) to do quantum computing: that’s like what we do with regular computers, but quantum, so much cooler! The problem is that because of how small the things we are trying to control are, any noise or imprecision results in very large errors in what we wanted to do. It’s here that optimal control comes in handy: it allows us to find the right things to do (for example when and where to shine a laser) so as to get the desired result (for example flip my atom from facing up to facing down). And control algorithms are the way we go about finding it, telling us step by step how to change what we are doing to edge ever closer to the result we wanted to achieve.

But let’s not worry about the details of this for now and instead let’s look at an analogy and see if it makes sense. 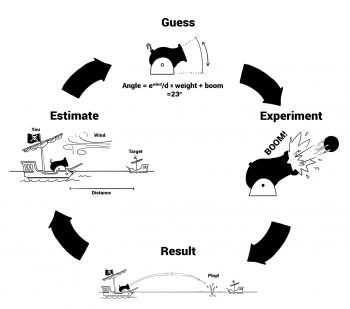 Imagine you’re a pirate on your trusty pirate boat, and you are the person in charge of the cannon. The only thing you change is the angle at which you point the cannon before every new shot. So, what does optimal control look like now in this case?

Well, first of all, you need to figure out some facts about your environment. How far away is the boat you’re shooting at? How strong is the wind and in which direction is it pointing? How heavy is the cannonball? With how much speed does it come out?
You can only make estimates of all of these quantities. You’re a well-educated pirate so you go and solve your equations of motions from high school physics (probably you neglect air friction) and then you come up with an answer. Well done, you have just done optimal control!

Time to put it to the test. You load the cannon and boom. The cannonball is soaring in the sky when all of a sudden, PLOP, it drops in the water, miles off from your target. Aaaaargggghh! Unfortunately, this is the truth of control: your guess is only as good as your initial knowledge, which wasn’t the best. So, what do you do now?

Well, here’s the next thing that optimal control can help you with. The idea is obvious really: were you too much to the right? Then move your cannon to the left, or vice versa. And you keep on doing this until you get it right and you can triumphantly pillage the merchant ship.

Yarr! With the power of optimal control, you have secured yourself a big prize.