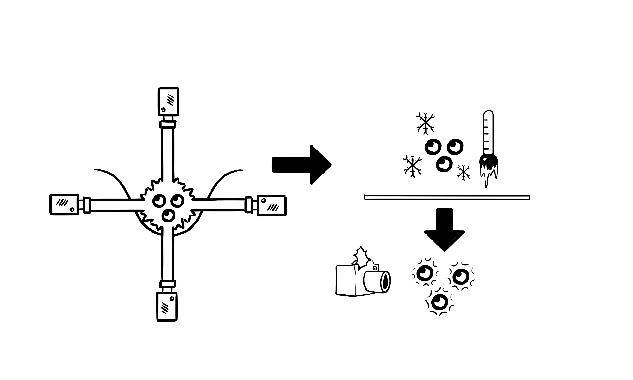 What can we do?

In our laboratory we work with Bose-Einstein condensates, normally referred to as BECs. What makes a BEC so interesting is the property that all atoms within the BEC behave coherently as if they were a single particle. In particular, we are on our way of producing entangled atom pairs and creating squeezed states with our BECs. They are both very key elements within quantum technology. Today entangled qubits (quantum bit) are widely used in quantum computing and quantum communication. Our goal is to use atoms to produce such pairs. As for the squeezed states, it can be easily understood as a squeezed balloon where the balloon represents the uncertainty of your measurement. Along the squeezed directions, the variable can be used to as a sensor to probe very weak field, such as gravitational field and so on.

How to make your atoms ultra-cold!? 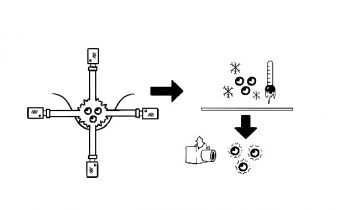 Now let’s get down to how we create BECs inside the laboratory. At first, we produce some vapor of Alkali atoms inside our vacuum chamber, e.g. Rubidium atoms which are also the most commonly used ones. Then we shine some LASERs from all three directions with the corresponding wavelength depending on the type of atoms. In the case of Rubidium element, it is around 780nm (visible red light). The LASERS effectively slow down the atoms to almost zero velocity, which is similar to absolute zero temperature. Then we use some magnetic field to trap the atoms which acts as some potential hills around the atom preventing they from escaping. The magnetic field is created by sending current through some micro-sized wires fabricated on top of a golden reflective surface, which we normally refer to as an Atom Chip. Due to the low motional velocity of the atoms, a very shallow and weak potential hill is more than enough to trap the atoms there. If the atoms are cold enough and dense enough, they will form together a BEC! The whole process takes about half a minute inside the lab. After achieve a BEC state, that is where the real cool physics starts! In this particular state, atoms behave like waves. This means that when we release them (aka. switch off the magnetic field), they will interfere and create some interference patterns which we can “see” using our super sensitive cameras. We can use this to probe some rather interesting but hard-to-detect forces or waves, since atoms are incredibly sensitive when they are this cold.